The aforementioned Ethernet problem pretty much precluded my ability to document my afternoon in Dublin so I thought I would share a little bit of it now. Not so much talk, just a few photographs that captured the great weather we were treated to following the stormy morning.

A couple of postcard shots of St. Stephan’s Green and the River Liffey. We were lucky to see a small burst of rowers out for a morning workout. 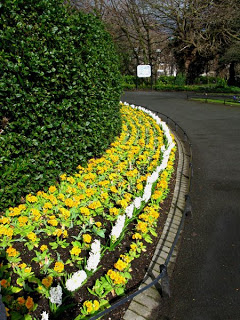 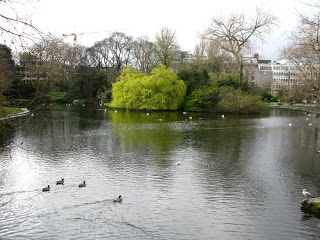 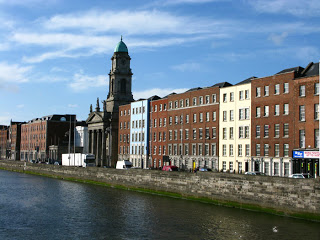 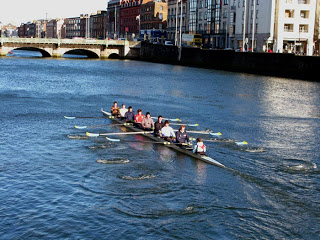 Dublin Castle is primarily from the Georgian era and is the current office complex for the government of Ireland. The tower shown here is Norman in origin, from the early 1200s. Across the square, a building rests on Viking foundations, dating to 935 AD. 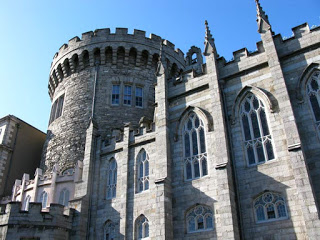 Christ Church Cathedral was first built in 1038 by the Danish king Sitric. The wooden structure was supplemented by a stone building erected in 1171 by Strongbow, a Norman nobleman and the conquerer of Dublin. The old foundation shows in the 1st picture. The main structure dates from the mid 1800s. 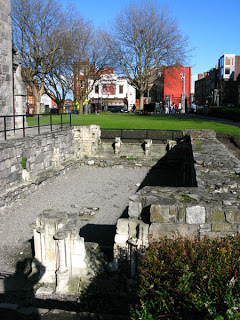 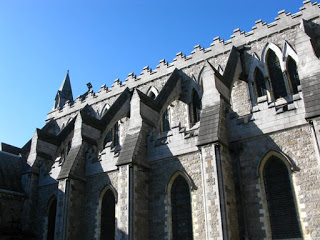 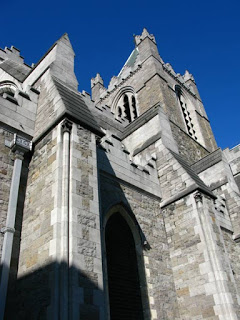 A couple of shots here of St. Audoen’s Church, one of Dublin’s oldest parish churches still in use. A Norman church was first built on the site between 1181 and 1212. The bells are said to be from 1423 and a Christian gravestone from 1309 is kept inside due to its legendary powers in bestowing good luck. There is additionally a 9th century grave slab suggesting a much earlier use for the site. 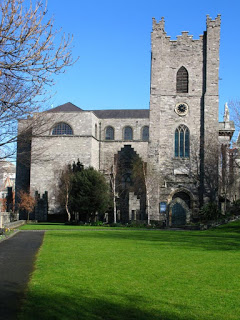 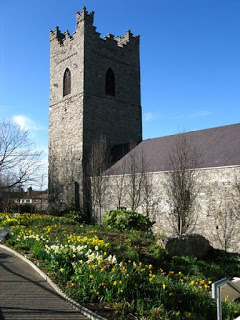 These folks can be found in Grafton Street. Made up to look like statues, they occasionally reach over and tap a passerby on the back. Those tapped stop and look all around and try to figure out who did it, never noticing the statue who has returned to their pose. Children love them, looking on with pure amazement, puzzled at the stone person who has come to life. 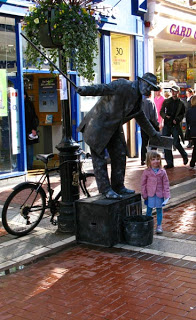 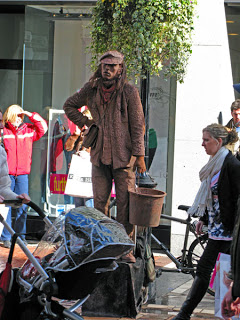 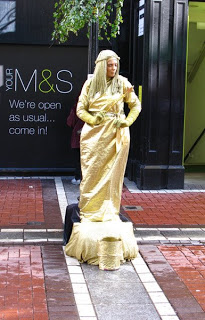