Sometimes I realize just what a rube I am. There are so many sophisticated, big-city, guy things that I have not done. So many that I wonder if I’ve failed to live up to the unpublished expectations of my gender.

We decided to spend the final night on this tour doing the genuine expat abroad thing. A sausage dinner in the brewhaus and a trip to the downstairs hotel bar. It was so hard to beat last night’s authentic meal, and the follow-up soup I had today in the worker’s canteen – based on those devilish little peppercorns – were hard to top. So rather than try we decided to go full bore western.

The Pauliner was as smoky as ever, populated by well-heeled locals out for a big Friday night. Dinner was its usual self – giant beers, Pretzel Tree of Carbs, lard, wurst and mustard spreads, breaded veal and onions and Black Forest Cake. The band, your archetypal 3-piece Filipina oldies generator started off with Average White Band and went down from there. Tonight though, no slo-mo bar brawl like last time. The gals wore orange instead of lime green for a change.

We bailed from there early and decided to hit the F2 Bar at out hotel. And this is where my education starts – I’ve never, ever spent any time with the working girls of the world.

The place was Dantean – loud, dark, smoky, loaded with young Chinese doing God-knows-what at couches in niches along the outside. The bar formed a big ellipse. One side – expat businessmen. Other side – local businessgirls. Girls of every ilk from girl-band emulating 20 year olds up to very elegant looking 30ish women in black. The most aggressive one was probably in her early 20s and trying really hard to work the floor, yet getting rebuffed at every stop. It must have been too early for the men. Overall it brought a perverse high school dance to mind, but with much, much more at stake. Got me thinking that this same thing was going on in varying degrees at a thousand bars in every corner of the world at this very minute. I’d seen it in the movies, but this time I was a bit player.

This band came on missing one Filipina and proceeded to cover a slightly more aggressive brand of music, including the “Are You Ready for Some Football” song. Thankfully, the live music put an end to the over-amped Beyonce music videos blasting from the flat panels. I wonder how someone ends up at this, the last stop on the train to nowhere with a career playing for a boozy crowd of lonely people far, far from home. Do you suppose they call home to their mothers and tell them that they’ve made it with a really big-time gig?

Hung around for a while until the smoke said “go home” and so I did. It was early – pre-10 – and to my count, not a single love connection had been negotiated. The girls sat there sadly hopeful as the boys sat with downcast eyes, staring in their beers and wondering just how far they were willing to take it. 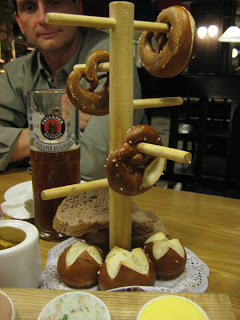 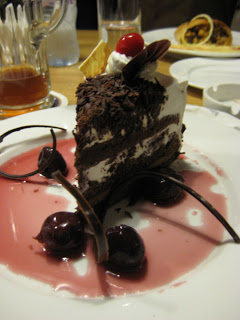 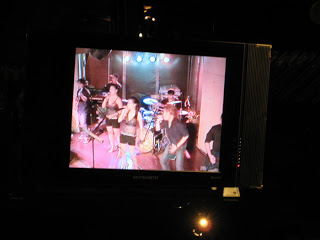