We spent our last night at a glitzy Marriott in the town of Ashbourne, just north of Dublin. After staying in little inns and second-rate hotels it was pretty nice to have the big bed with the 16 pillows, shampoo and towel warmers. Italian was on the menu once more, this time at a place with waiters sporting gold chains and dressed all in black. Something you might more to expect to see in Trenton than you would in suburban Dublin, but the food was good and we enjoyed it.

A 6:40 flight with a rental car to return demands an early departure especially when you’re not completely sure of where you are going. I had picked this place because I thought it was on the same motorway as the airport but it turned out to be one over to the west. Nonetheless it was a quick spin down the M2 to the M50 and across to the M1 and back to the Hertz lot where we were checked in and checked out and sent on our way. I took a last look at the big sign warning about damage to tires and wheels and wondered if that little gouge in the left front would end up on my credit card.

Dublin Airport is sadly out of touch with the stature of its city. It’s crowded, it’s poorly laid out and it makes me crazy every time I use it. I remember the sea of green a couple of St. Patrick’s Days ago, a crowd that almost put me off of flying forever. It was not so bad on this day but still crowded and confusing. We found our way to the BMI check-in kiosks and I decided enough was enough so I went up to the priority counter and handed our tickets to the agent, explaining that we did not have seat assignments together. She took at look at our class and told me to get back in the kiosk line. I told her I had status on her airline and she relented. It turned out that our friends at Expedia had not bothered to book a seat for both of us and the only two left together were at the extreme back of the plane. Being the gentleman that I am I took the center seat and offered the window to My Lovely Wife. After getting shuffled between security checkpoints due to crowding, and having lost a jar of jelly and a pair of tiny scissors to the guards, we made it through to our gate.

I sat between two sleeping businessmen and My Lovely Wife looked out the window. The flight is advertised as 90 minutes but being 288 miles it really only takes 45. The remainder comes in the form of the endless walk once on the ground in Heathrow. More tunnels, more tubes and more moving sidewalks. We got checked in, corrected the incorrect check-in to put us in 1st class on the second leg and settled in to wait in the lounge.

Looking out the window I had a great opportunity to compare the geography of England and Ireland – same little crazy shaped fields bordered by walls and hedges with roads winding between them, following no particular path. As we crossed the western edge of Ireland and out into the Atlantic, I had a great view of the Burren, that odd limestone landscape we’d been driving around in only days before. From the air you can get a good sense of how really strange it is – vast tracks of stone with no ground cover forming whorls and whirls of gray rock against the otherwise emerald green land. Galway loomed off on the horizon and our path took us straight over the Aran Islands, invisible this time not due to weather but the wings of the airplane.

It turned out that we had the new fancy lie-flat “pods” in Business Class on the flight to Chicago. An interesting re-design compared to plain old BC seats, these feature a big video screen on the back of the seat in front of you, sections of rearward facing seats and the ability to put your seat completely flat. I’ll say I was excited to try them out but ultimately let down – flat is not really flat when you consider the lumps and humps of the reclined seat. And the rest of the improvements don’t really make your life all that much better. The video is very nice, the controls on the seat are nice too but the leg rest cuts me off at mid-calf making it hard to tolerate long term. Overall a nice idea not quite realized as well as it could have been.

Nine hours later, Immigration Control in Chicago turned out to be a nightmare – 30 minutes of crawling through a serpentine rope path, agents yelling at people to keep moving and people pleading that they had flights to catch, as if all of us didn’t. We did make it through with time enough to take the train ride to our terminal, clear security and get to our gate.

The first thing I noticed once back in Albuquerque was the air – cool and dry as silk; a huge difference from whence we came.

A couple of days at home are never enough, especially when spent trying to get things done before having to leave again. Important things like stocking up on M&Ms, cashews and weeding through the pile of recent New Yorkers magazines. It felt like blur – not sure where I’d been for a week and not sure where I was headed. But that reality came to roost this morning at 4 when once again the alarm went off and once again I had to head out into the dark to get to the airport. I missed out on 1st class by one person and ended up sitting next to one of those guys who thinks the armrest is his and not something to be shared. It didn’t help that he filled up his seat well beyond the boundaries. I made myself thin, did a couple of crosswords and waited for it all to be over.

So here I am again for the umpteenth time sitting in the lounge in San Francisco, waiting for the ride to Beijing. It seems like one time too many, but I know I’ve said that before and I’ll probably say it again. Sitting around waiting for the next adventure, these days it seems to be what it’s always about. 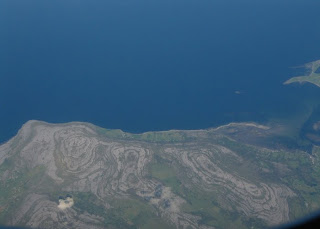 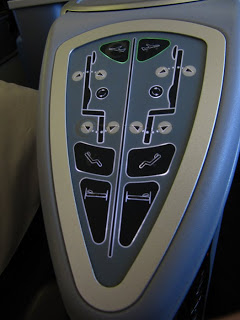 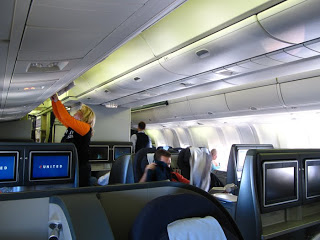 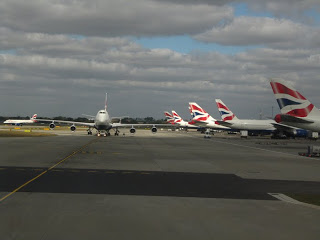 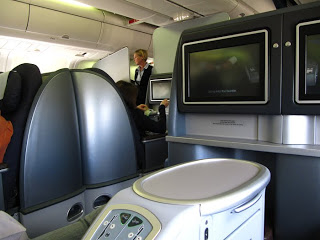 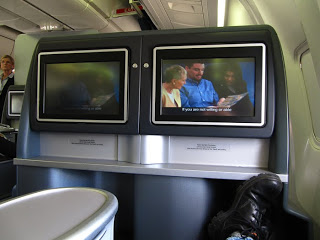