I’ve not been to many places in China that I was sorry to leave. I love Xi’an for what it is, home to the Terracotta Warriors, ancient history and its magnificent City Wall that is unsurpassed for a nighttime stroll. Beijing grows on me more and more as I get to know its intimate details. Shanghai with its hustle and bustle and sophistication is a great place to go and feel as though you are at the center of the modern world. But Lijiang said something entirely different to me, it said, “You really ought to collect Your Lovely Wife and drag her out here. You could have breakfast in the restaurant, accompanied to your table by your private greeter. You could sit on the patio outside your room and spend the morning reading under the shade umbrella before heading into the ancient town for lunch at the Prague Café. You could roam the streets, shop a bit and have a nice dinner under red lanterns followed by a coffee stop at the bistro overlooking the Old Stone Bridge. You’d then wander back to the hotel along darkened lanes under a sky that actually has stars in it.” It said, “You really ought to come back.” And I agreed with that voice.

Miss He was waiting for us promptly at 9:30 for the drive to the airport. Along the way we passed another Naxi town, Guan Yin Xia which I only spotted because of a group of tour buses parked in a circle as though anticipating an attack by Yak riding Tibetan nomads. This village sat at the bottom of a lush green valley alongside a couple of small lakes, spanned by bridges that were finely reflected in the still morning air. Small terraced rice paddies clung to the side of the hills. I made a note that we would stop here if we ever come back. We arrived on time after a short delay due to a bus accident. I paid Miss He, said my goodbyes and told her that she was my favorite driver of all time.

The departure wing of the Lijiang airport was very funny; from the four clocks on the wall telling the time in the capitals of the world to the flight status system which consisted of a dry erase white board parked behind the water cooler. I was happy to see that our flight was on time. The rest of the day was spent like any other traveling in China, moving between airports that increased a bit in complexity in Kunming and then a lot in Beijing. The flower market in the Kunming terminal was still in full swing and the air in Beijing was as filthy as ever, a mini-sandstorm, the junior cousin of the one that Aidan and I experienced a few weeks earlier. Our planes were on time and we rolled back into Dalian in the early evening.

I’d put this short jaunt among the most enjoyable trips I’ve had, inside and outside of China. It’s a wonderful place and I hope that it can maintain its charm and allure in spite of a new airport and the desire of every traveler in China to visit. Of course it will change, but let’s hope the differences are as mild as the cool mountain air on an early springtime night. 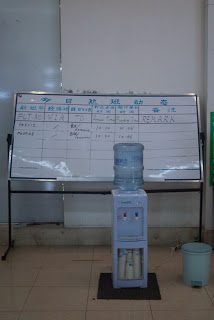 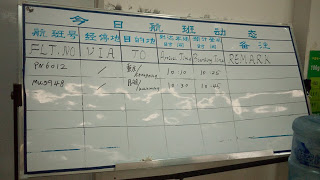 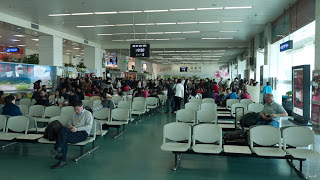 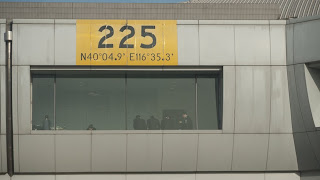 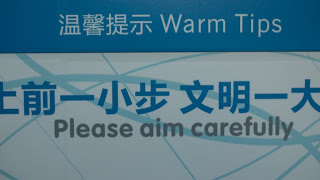 One thought on “Lijiang After the Fact, Part 4. Leaving Reluctantly.”