Skip to content
Date: March 30, 2016Author: tbaroundtheworld 0 Comments
Last night we had dinner at a chic little place down the street. Only 3 items on the daily menu, all decorated in black and modern, and with not having a reservation we sat at the bar. It was a very nice evening for a complete ad-lib. I had rare slices of beef with a spicy mustard sauce, MLW had a slice of halibut served on eggplants cooked in curry. We both had French wines that would never make it all the way over to the US. Our server was wonderful, treating us like welcomed guests instead of the last minute interlopers that we were. She even took the time to explain the tipping logic. In spite of no expectations, I took care of her.
Recall that yesterday morning we’d planned on going to the Musée d’Orsay but the lines were so long that we called it off and went grave hunting instead. I’d taken the time to check the museum web site and found a graphic that showed that Tuesday was indeed the worst day to go based on crowds. Wednesday was reportedly the best. And that the only option for cutting the line entirely was to pre-order and pre-print tickets at home, something I could not do for want of a printer. Well this morning we came out of Rue Vaneau and headed towards the stairs and saw, much to our delight, that there were no more than a few dozen people ahead of us. It would seem that today’s rainy weather had put a damper on the enthusiasm of the prospective visitors. At leastwith today’s early morning visitors because as our 3-hour visit wore on, the place got pretty crowded. Suffice it to say that we were pretty pleased to have arrived early and avoid the lines. We paid and went in.
The museum is by far one of our world-wide favorites. It and its site have a long and colorful history starting out as the main lane in the royal garden of Henry IV’s queen, Marguerite of Valois. On her death in 1615, the grounds were sold off in parcels and purchased by wealthy nobles desiring spots for mansions that were close to the power center of the city. The construction of the Quai d’Orsay (a small port for the handling of lumber and cargo) was begun in 1708 and completed during the reign of Napoleon I. During the first half of the 19th century, the site held the Palais d’Orsay and a cavalry barracks, the former being at first the home to the department of state and later the department of accounts. The entire site was burned to the ground during the Paris Commune uprising of 1871 and sat in ruins for about the next 30 years.
In 1897, the French government gave the land to the Orleans Railroad Company for the construction of a railway station. The architects chosen for the project were challenged by the requirement that the new station fit properly into the nature of the area, with the Louvre just across the Seine and the Palais Légion d’Honneur directly adjacent to the property. The station was completed in 2 years and opened as part of the 1900 World’s Fair. The all-metal and glass construction was quite extraordinary for the time, and accordingly, the station was considered one of the most beautiful in all of Paris. It served as the hub for the southwestern railroad network from 1901 to 1939 when the station could no longer accommodate the increasing length of the modern long-haul trains. From then until the beginning of WWII, it served only trains to the suburbs.
During the war, it was used as a postal depot for packages being sent to French prisoners of war. At the end of hostilities it served as a film set for Orson Welle’s adaptation of Kafka’s The Trial and as a site for public events that demanded a flashy background, including DeGaulle’s famous announcement that he was returning to power. In 1973, it closed its doors for the final time.
In 1978 it was declared a national historic treasure and for the next 8 years it underwent a conversion to its current use. It was officially inaugurated by President Francois Mitterand in December, 1986.
Today, its collection spans the years 1848 to 1914 hosting more than 3,000,000 visitors per year.
The interior is a feast for the eyes, between the details of the construction, the glass, metal and plasterwork as well as the sheer volume of the interior. Our favorite part of their collection is a handful of Van Gogh works, none of them monumental but each nice in its own way. Part of our affection for the place stems from its use in our absolutely favorite Doctor Who episode “The Doctor and Vincent” in which the Doctor and Amy Pond visit Van Gogh in Arles and help him solve a problem with a lost and violent alien. The episode ends with Van Gogh being brought to the Orsay in 2010 to see how popular he was destined to become, featuring a short description by Bill Nighy (portraying an art docent) describing his personal view that Van Gogh was the greatest artist of all time.
I won’t spend a lot of time describing our visit – instead I’ll share some of our favorite paintings and a couple of photos of the interior.
(please click on photo for enlargement) 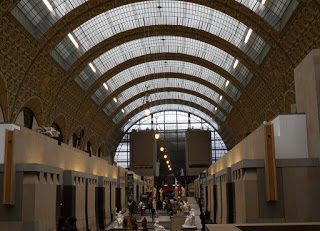 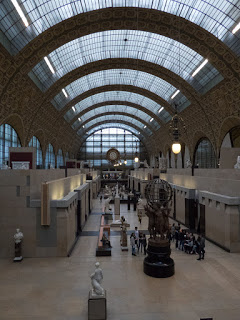 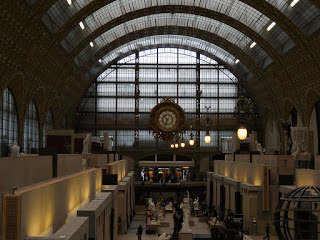 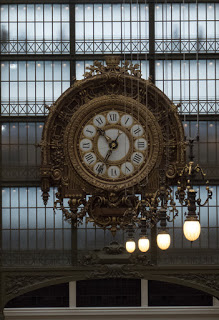 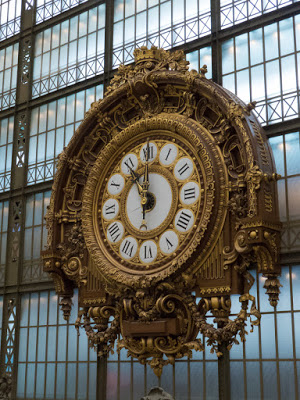 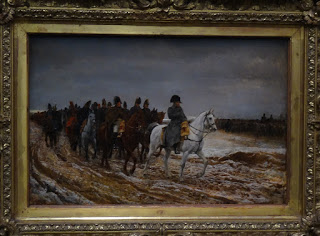 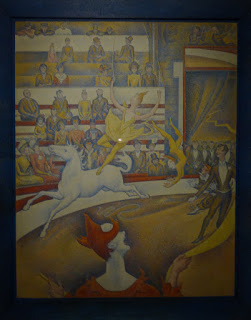 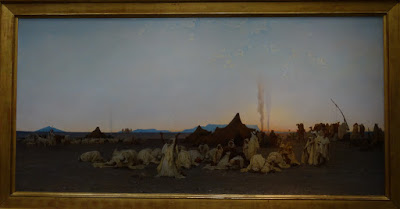 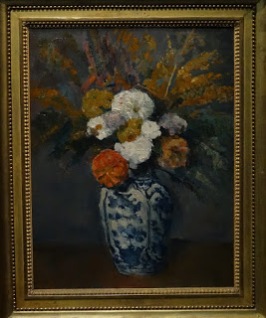 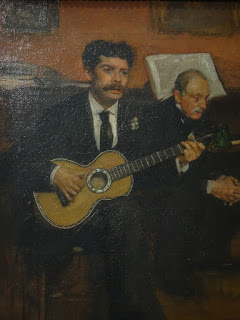 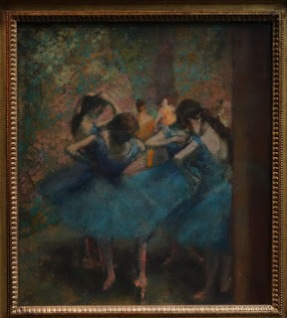 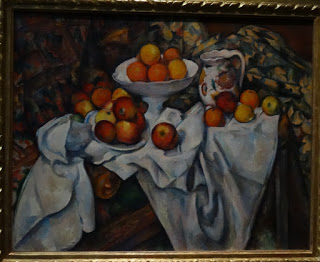 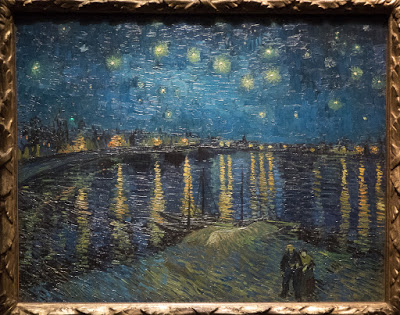 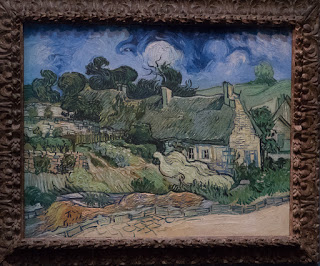 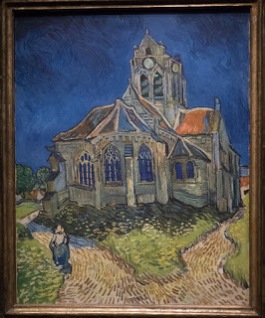 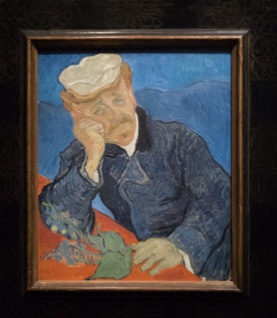 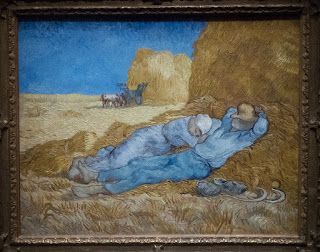 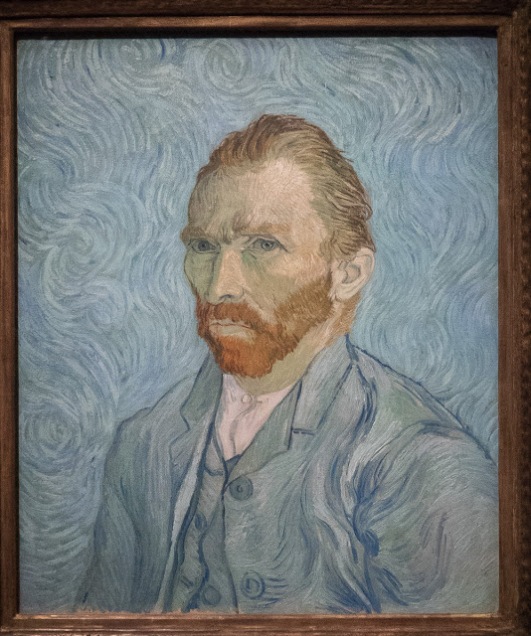 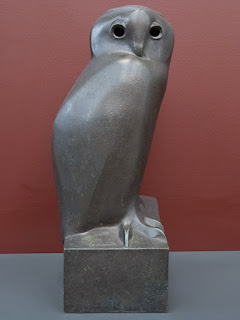 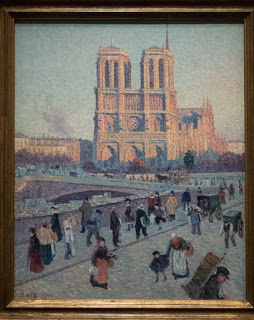 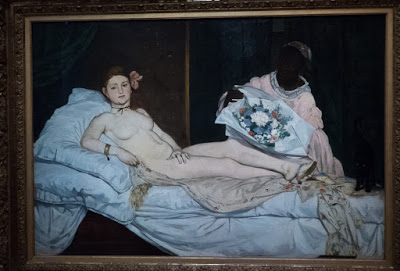 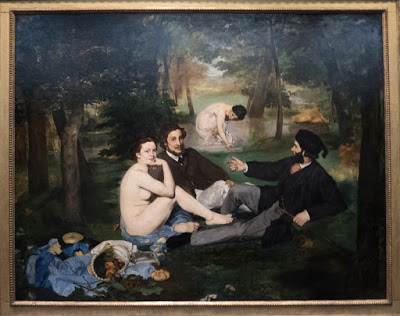 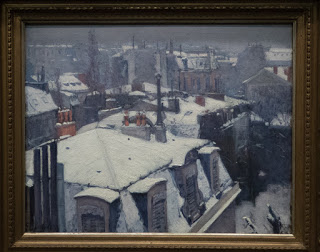 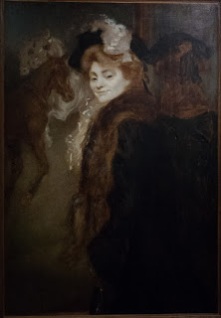