Skip to content
Date: April 17, 2016Author: tbaroundtheworld 0 Comments
It being Sunday, it was time for El Rastro and our annual pilgrimage to Europe’s biggest flea market. We started out walk with coffee and a Napolitano from shop across the street, and then climbed up the hill and across the square and down Calle Concepción de Jerónima to Calle Toledo. As always we were preceded by other people heading to the same place, this year though we were early and the crowd was much smaller and for the very first time, the browsing was actually fun.
Our regular strategy is to go down one side and up the other, with a detour into what I call “Plaza del Junque,” a little side square which features all kinds of things from old women’s underpants to suit jackets to actual antiques along with generous doses of varying kinds of collectible things that just about no one wants. I didn’t really want to go there but MLW forced me and as it turned out I’m glad we did, pocketing a nice little quartet of white ceramic horses, a fossil, and two little animals carved in alabaster, all for the grand total of 15 euros. We even had the opportunity to chat with the fossil vender about the Tucson Gem Show.
We stopped at a scarf booth and bought 5 at 1€ each and then returned to the main flow downhill. Even now, almost an hour later the crush, was tolerable. At the bottom comes the inevitable turn back up hill and the ensuing complaints from knees and legs. It’s a steep street and a genuine slog, especially in a crowd.
There is just so much stuff for sale that it’s largely impossible to take in. Most of it is junk, but there are many gems, like the booth that sells botanicals – pressed flowers in nice little frames. We have one already at home and added a second today, telling the woman that we always try to stop and buy one. 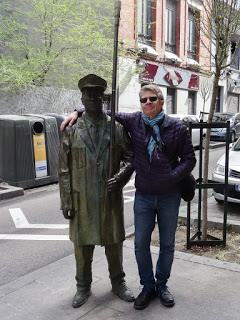 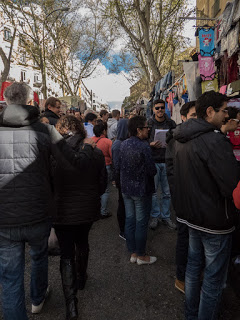 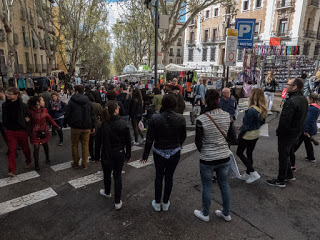 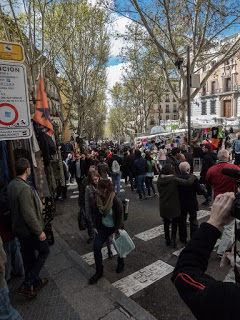 After dropping off our booty we headed downhill towards the Prado, stopping for lunch at the Starbucks by the Fountain of Neptune and then crossing over towards the museum. One side of Paseo del Prado was closed to traffic which made the strolling very nice. A big wide open boulevard with very few people. There was an artist selling woodblock prints whose work caught my eye. The more I looked at his stuff, the more of them I like, even joking with him that I didn’t have enough money buy as many as I wanted. We chose four and he gave us a fifth one as a gift.
Our only real goal for the day was our traditional tour though the Royal Botanical Gardens. It doesn’t change but it’s such a relaxing place that it provides a nice opportunity to wind down before our travel day. There were still Tulips in bloom plus Azaleas and Rhododendrons but the highlight of the visit was the water lily pond and the chorus of the Royal Frogs – Las Ranas Reales de los Jardines Botánicos. Not sure how many there were, probably in the dozens, but between their weird croaking and constant fighting they were very amusing.
Click on Photos to Enlarge 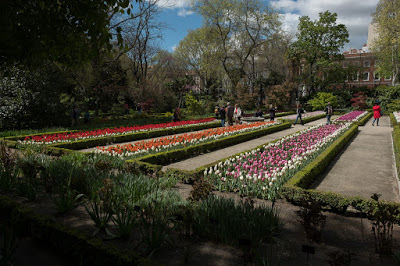 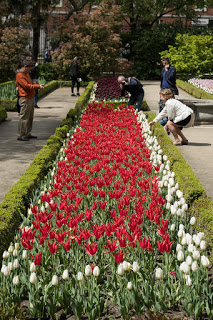 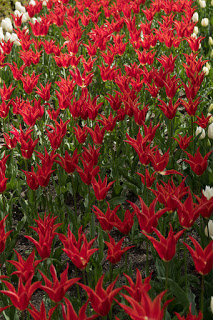 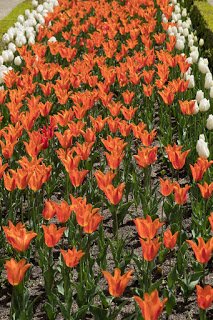 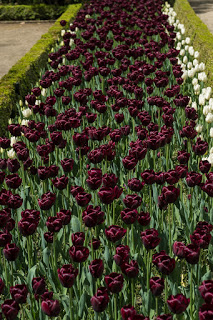 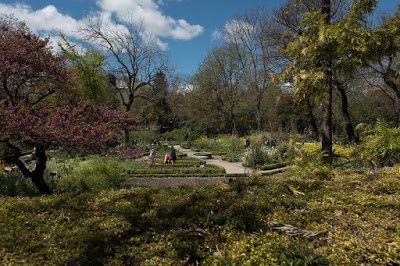 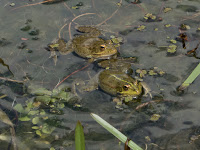 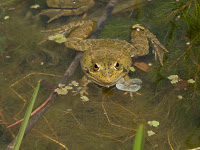 Click on Video to Play
The park also provides a few minutes of peace before ascending Las Huertas, the seemingly endless climb back up to our neighborhood. It’s always entertaining between the people, the restaurants and the multitude of references to Cervantes who used to live in the neighborhood and eventually it does level off but not before exacting a toll that only a mid-climb stop for gelato can satisfy. 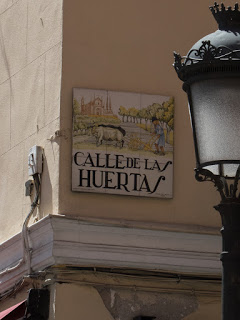 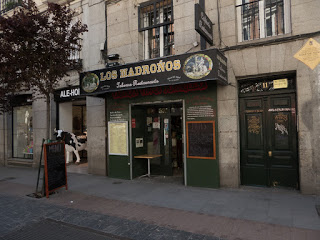