Today’s title is derived from a dare. One of my fellow travelers challenged me to name a post as such and I said I would – so here it is. Translated it means “My hamburger is very good.” It’s a funny play on words we toss around here and we thought perhaps that might be a great title for a Dr. Seuss book.

Had a day of work today and capped it with a journey down the subway to a part of Shanghai that was beyond our regular horizon. The goals were the Shanghai Botanical Garden and the Longhua Temple complex.

Things began inauspiciously when the subway token machine wouldn’t take a bill and we lacked the change. This meant a trip to the window. This is normally hit or miss. If the teller has a little English you can get away with saying the line and the zone and they’ll deal you a ticket. But this one wasn’t having it. She waved us off. Until I spit out “huo che zahn”, “train station” and she understood that we wanted a ticket for the end of the line.

So off we went.

Exiting at Sonchang Road we did the normal return to daylight blinky eye thing and tried to get our bearings. I figured it was roughly in “that” direction and we headed down the street. For insurance I asked a woman in a roadside food stall if she would look at our map and she did and indicated that we were heading the right way.

The place was loaded with school kids, bussed in for the day to ride the bumper cars and to buy these giant inflatable Paul Bunyan hammers that the boys were busy beating each other over the head with. It was odd to see such a throng of uniform wearing, back pack toting 48 inch tall little people marching and yammering and having a great time. There must have been a thousand.

A line of perhaps second graders walked by us and said “hello”, “goodbye” and added “zai jian” when I responded in Chinese. They were laughing and giggling and having a great time at our expense.

The place was like every other botanical garden that I have ever visited, notwithstanding the Kentucky Fried Chicken vendors. We walked down a long lane of thirty foot tall Magnolia trees and were brought up short by a man yelling for everyone to run away because his friend was spraying the trees with some sort of poison or fertilizer. We made our way around that calamity and came out on the far side, sidestepping the puddles of milky white liquid that had gathered in the depressions in the sidewalk.

There really wasn’t much to see in the garden, I think we were between peaks so we went off in search of the pagoda. It was getting pretty warm, but we had a stiff breeze off the river that made it tolerable.

This part of Shanghai was a bit different than most I have been too – not a westerner in sight for the full 3 hours we trekked on.

Got a bit lost when we came to a real-live geographical rats nest of roads that didn’t match the map. Maps here are often mere suggestions of reality, not factual depictions. We did a little back and forth and finally forged on only to find our way was not a clean crossing of some little canal but a short pedestrian tunnel that did not show up in our reference guide.

Clearing that obstacle we found ourselves closing in on the temple. Longhua is the oldest and largest temple complex in Shanghai, with its original founding in 242 AD. Most of the buildings now date from the mid-19th century, having been rebuilt by the emperors Tongzhi and Guanxu during the closing years of the Qing Dynasty.

We wound our way there and found ourselves in the Longhua Gift and Fashion Market, an outdoor sales extravaganza that purportedly replaced the old Xinyang Knock-off Market. It wasn’t obvious to me that it was truly a replacement in terms of products, but it certainly came close in the number of people crowding the streets.

The temple was across the road so we crossed, bought a ticket and went in. This is 3rd temple visit on this trip and I’ve been increasingly impressed with each one. This one though was in a very different league.

There were four of five separate buildings, each with its own Buddha and each was more grand that the last. One room held giant mythical characters, one saints painted to look human. Another room contained 300 or more 1 foot tall Buddhas, each unique in their posture, hairstyle and countenance. The best of all was a great golden Buddha surrounded by 100s of angels floating around and above. I stopped and prayed at each, gaining a tremendous amount of satisfaction from joining in with the other supplicants.

This is another of those places where you could stand around for the day and just inhale incense smoke, but alas, time was not permitting. We headed out and took a guess at the direction and found ourselves wandering through a carnival with dozens of food stalls, each offering something different. Here I saw some Chinese that I would guess are from the far west – the looked like Arabs and wore a Muslim skull cap yet they were calling us over in Chinese. We forget that this country extends far out onto the steppes of Asia, beyond the Kingdom of the Han.

Passing through the food, we came to traditional carnival stalls with stuffed penguins and oddly colored Snoopy dogs available to those that could pop the balloons or throw rings over the bottle tops.

The subway beckoned and we caught the train north, another part of the city partially explored.

From here it’s back to the west. My next check-in will be from my desktop at home. Until then – zai jian! 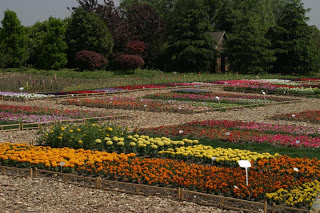 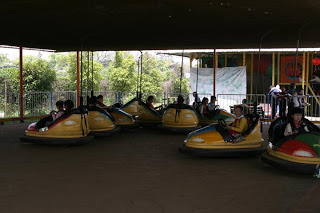 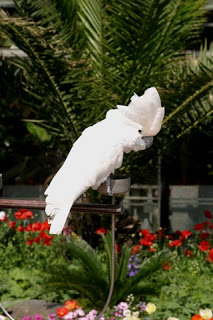 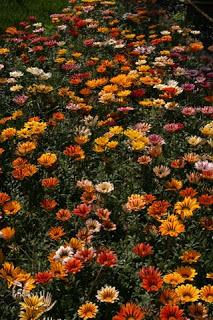 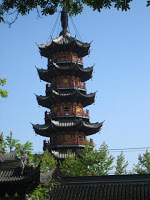 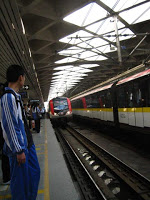