After our Starbucks detour, we went on to the Eiffel Tower for one last visit.The rain just kept getting worse and worse, and out in the open the accompanying wind made it even more miserable. My crappy Eddie Bauer umbrella had a minor break in one section and the resulting dip was pouring water down my neck. And the fancy water-proofing I’d done my shoes with (thanks REI) was just beginning to fail. But Churros beckoned so on we went, picking up an order and having a nice chat with the seller about the weather. We stood under the Tower, mostly out of the rain watching the tourists trying to have fun while the two army security guards stood by, wishing that they’d drawn different duty for the day. Two young women came up and asked for advice on how to buy tickets for the elevator ride to the top of the Tower. The giant yellow signs on two of the four legs said “closed” (no doubt due to the rain) and we pointed that out. They kept insisting that they wanted to buy tickets, even after I pointed out that we were taking shelter in the closed ticket kiosk. Eventually they gave up and thanked us and walked away, no doubt thinking we had no idea what we were talking about.

Churros gone, we walked fast back home, getting wetter and wetter stopping only at the bakery for a couple of pieces of custom pizza and a pain au chocolat.
We spent our last night at Gemini, the little restaurant up the street. I had the gnocchi special, topped with a fresh red sauce, cherry tomatoes, basil, and burrata. MLW repeated with the cutlet au citron, not as good tonight as the last time but good nonetheless. We were only the second table at 7:45, when we left an hour later the place was full.
Tomorrow, we take the fast train to Barcelona.
We take a lot of photos on our trips, typically in the 1000-2000 range. Very, very few of them make it into my blog, because often they are not important to whatever story I am trying to tell in a given post. But they can be interesting in their own right, because the windows and storefronts in foreign cities are completely different than anything we see at home. So here are some of our favorites, from the time we arrived until tonight. 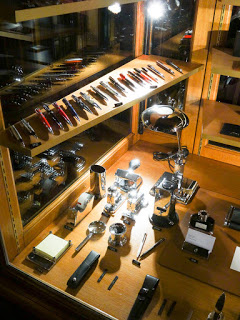 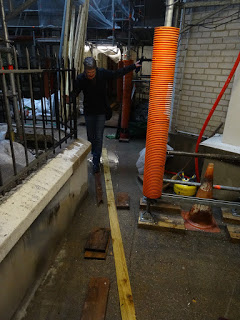 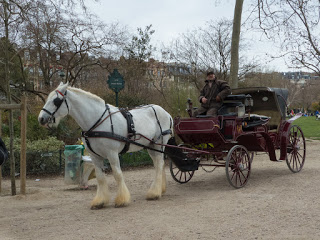 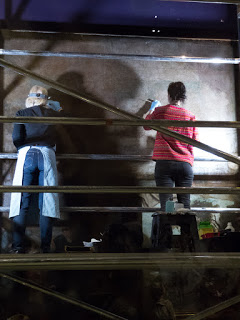 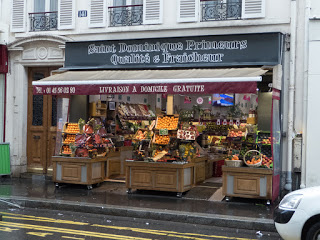 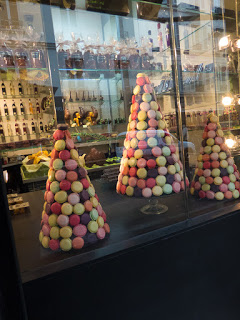